The young generation is often labeled as the 'strawberry' or 'mommy' generation, as if they have low stress tolerance and are unable to be financially independent. However, these digital natives, nourished by the Internet world and emerging technologies, are sometimes highly concerned about social issues as an expression of their diversity and creativity. How do young people demonstrate their ability to think for themselves and communicate with others about the increasingly complex world of life, both navigating and evaluating right and wrong, good and bad, and the moral issues of fairness and justice? What are the commonalities and differences between young people in different countries, such as Taiwan, the United States, and the United Kingdom in terms of their moral thinking and communication competencies? In the past three years, an international team, led by Professor Angela Chi-Ming Lee (the National Taiwan Normal University, Taiwan), invited Professor Yen-Hsin Chen (the National Taichung University of Education, Taiwan), Professor David I. Walker (University of Alabama, the United States), Professor Stephen J. Thoma (University of Alabama, the United States), and Professor Sean McCusker (Northumbria University , the United Kingdom) to conduct a study, funded by the Ministry of Science and Technology, to compare the moral thinking and communication competencies of young people in the three countries. The results of this quantitative study were published in the Journal of Moral Education (2021 online edition & 2022 paper edition). The study revealed that although Taiwan, the United States, and the United Kingdom are each on different continents, they are all developed countries in terms of liberal democracy, and therefore the participants' moral thinking and communication competencies show a great deal of commonalities. While the United States and the United Kingdom, as western countries, are more similar, Taiwan, located in the Asia-Pacific region, has a wide blend of Eastern and Western style. In conclusion, by comparing the similarities and differences across countries, we can integrate the essence of localization and internationalization to promote the deepening concept of moral-cognitive development and the implementation of education practices for moral thinking and communication competencies.

Moral thinking and communication competencies refer to the ability to perceive and think about social issues, to communicate with others, to argue and to make decisions in an integrated manner. A total of 743 adults aged 18-29 years were recruited as the valid sample for the formal quantitative test in 2020, including 241 in Taiwan, 272 in the United States, and 230 in the United Kingdom. The Moral Thinking and Communication Scale-II (MTC-II), revised by the researchers with good reliability, was used as the instrument of measure. The scale consists of two moral dilemmas: the story of 'Reporting a friend for cheating' in the micro-morality (private domain or family and friends) and the story of 'Economic development and environmental conservation' in the macro-morality (public domain or ecology). The two subscales consist of 24 questions, each on a 5-point Likert scale, with a total score of 120 points.

The results of the study showed that although Taiwan, the United States, and the United Kingdom are on different continents, they are all developed countries with liberal democracy, and there are many common or similar points in the moral thinking and communication competencies of the research participants. First, all three groups have higher scores on macro-morality than micro-morality, indicating that the young generation living in democratic and free societies, regardless of cultural context, may similarly pay more attention to public policy-environmental issues than personal conviction- honesty issues. Second, when comparing the micro-moral scores of the three groups, no statistically significant differences were found, indicating that their moral thinking and communication competencies in the personal and family and friends’ domains were similar and moderate. Third, there was no significant difference in the macro-moral scores between the British and U.S. samples in terms of the MTC-II scores, but the Taiwan sample scored significantly higher than the other two groups in this domain. Fourth, the total scores of the three groups are significantly higher for those who have completed their university degrees than for those who are still in university, indicating that their moral thinking and communication competencies have become more mature due to the completion of their university degrees. Fifth, all three samples found that those who majored in humanities and social sciences in college had higher scores in macro-morality alone, and both stories combined than micro-morality alone.

Moral thinking and communication competencies can be one of the key competencies for young people today to move towards a more mature liberal and democratic society under the influence of the world trend of 'post-truth' and Internet technology. It is expected that the cross-country comparison of this study will promote the innovation and integration of moral cognition and educational research across borders in order to establish its professional scientific foundation and sustainable development. 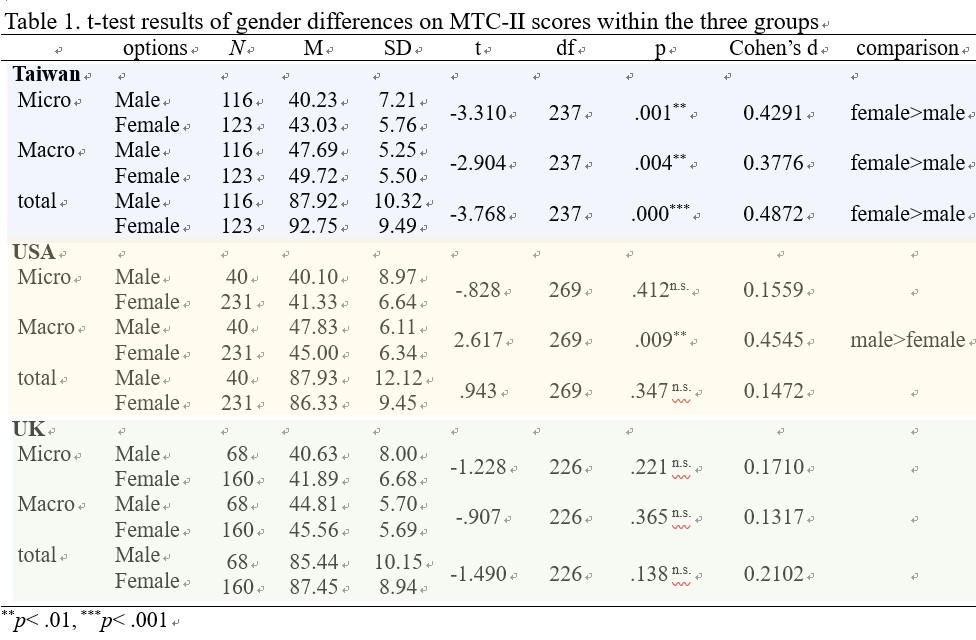 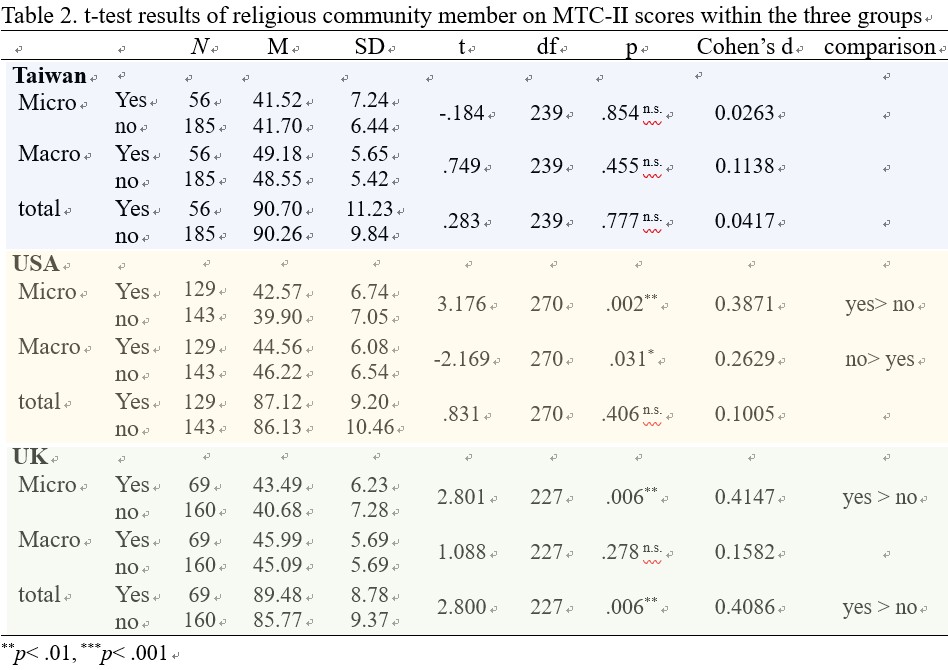 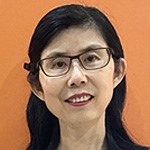 Professor Angela Chi-Ming Lee is a Distinguished Professor in the Department of Civic Education and Leadership, College of Education at National Taiwan Normal University (NTNU). She has long been involved in civic and moral education research and teaching, and is committed to integrating theoretical inquiry and educational practice in this field, as well as promoting the interaction of Taiwanese researchers with international academia. She served as a member of the Executive Board member of the Association for Moral Education (international organization), a member of the Human Rights Education Committee, a member of the revision of the curriculum for civic and moral education, and a member of the textbook reviewing board of the Taiwan Ministry of Education (TMOE), and so on. In addition, she has been serving an Editorial Board member of the Journal of Moral Education (international journal) for over 18 years. She also has received numerous research and teaching awards from the NTNU as well as the TMOE and the National Science and Technology Council.